A Villain Is a Good Match for a Tyrant

A Villainess for the Tyrant

A Villain Is a Good Match for a Tyrant

“I would rather just go out with a bang!” For Princess Cecile, being married off to the emperor of a neighboring empire was unavoidable. But wait, isn’t this the same Emperor Estian who’s notorious for being a heartless sadist? In order to maintain her final shred of dignity, the fearless Cecile demands that her future husband carry her all the way from the carriage to the wedding chapel! If this is her fate, she might as well put up a fight before dying at the hands of the handsome emperor. After all, the only way to fight fire is with… more fire?! Can Cecile become a villain even more fearsome than her tyrant husband?

why do i find this hot

She wear her death dress.

This chapter was so satisfying to read 😂

Tania looked like she can step on me and id thank her.. 😂

oh my gosh, the author uploads soo many episodes each seies O_O how can they even survive- 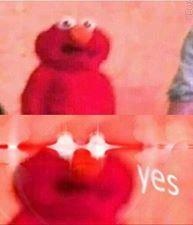 Cecile realized that they should have killed the b*tch

Pfft you wish it’s yours 🙄🤣

Can’t wait to see yuliana’s surprised face..!!🤣🤣Like hell you can beat Cecile in anything!!!!😚😚

That’s what you think

It’s the gathering of bitches!! 😂😂

Gabrielle Aguilen
Reply to  I looooooooooooove her!!!!!

You got that right😆

Bring down that bitch!

Because she ain’t a bitch like you, plus girls bringing down girls ain’t it sis😒

she be looking for death

omg 2 freaks going after my ship

let me feed that wench to the tigers

You pick the right waifu haha

Author plz sacrifice urself for the sake of mc and fmc 😂

Oh I love the villa maids

Don’t leave our empress alone, she’s excited to see you🥺

Well damn, she was raised by ghosts.

Dude,cant you just assume that someone send cecile to you so you wont kill people anymore?

I haaaaaate cliffhangers especially when I really like the manga/manhua/manhwa and it’s the worst feeling, I want to wait till the chapters are enough for me to binge read but I don’t have the patience 😭😭
But anyway Thanks for the update ☺️

It’s not easy to bully my mother

Raising The Enemy Only Brings Trouble