There is a famous fairytale about a kindhearted girl whose father and stepmother got married and became a family of five with her two stepsisters. The poor girl was condemned by her stepmother and stepsisters when her father died. The very fairytale, Cinderella. But I am not Cinderella; I am the stepmother. Thirty-seven years old, already married twice, been widowed twice, and raising three daughters! A man named Daniel Walford keeps approaching me while I’m busy trying to raise my three daughters. “Can I kiss you?” As a son-in law, I think he’s a little bit older, but why does he keep approaching?…  Oh, I don’t know. Once I let Cinderella marry the prince, I can live quietly. But is this fairytale really ‘Cinderella’?

Let me guess, the boys she met the other days are her nephews

well,thy were not her nephews, but he was indeed the male lead

ahaha
dont tell me it was the prince hahaha

The Queen is his godmother. So he’s an aristocrat, not a prince. I bet the other boy that pushed her & apologised rudely at first was the real prince.

Well yeah,I meant that, the Baron looks like 30 y.o. so cant be the prince.

the translation is a bit messed up

Yep, I agree and I’m not understanding most of it

I bet this Ryan guy is the prince xD

You know. Its such a shame that the step sisters have ugly noses. The could just look normal or plain compared to Cindirella(Ashley),but nooooooooo…..anyway… I’ll look forward to this story

Thats rude, they look really beautiful! Just because they dont look like you average stereotypical anime girl doesnt mean theyre normal or plain!! and theyre noses are beautiful!! In fact! That what make them look prettier and more unique!!! >:C

Lmao he deserved that kick

Stop intruding in other webtoons, your google translations are awfull!!!…

BTW thanks for the update ❤️

Don’t have too? , the proper team will drop this manhwa and the only thing we can get is this shitty translation because this site keep sniping other team project .
If manga3s keep doing this there’ll be no good translation for every manhwa out there
,alot of scanlation team will got disbanded because of lack of support that they got from people visiting their website

Can you tell me which site they snipped?

Then get off the site at least you got it?

Thanks for the translation!

thannks again. The pages are ordered and the translation is fine

she was so smooth when they asked about servants

thanks again for translatrion.Its good

I can tell this isnt cleaned yet

Despite being thrown into this situation she’s such a good mother.

Yup, one would think she was a mom, or maybe she was accustomed to twkimg care of younger siblings, lord knows that ain’t easy.

it is not as easy as u think..

She doesn’t have magic or cheat skills like the typical Isekai’d characters. This story is a normal one & in Cinderella, no one has magic except for the fairy godmother. Also, the current year technology & knowledge doesn’t reach modern ages yet where she might be able to create modern household devices from scratch, & she’s not a crafty person, just a motherly woman with experience.

i’m kinda annoyed that the translation is worse then google translate, plus someone else commented on the girls noses… They look fine? Like???
I honestly don’t see a difference, they’re just more defined lmao
If anything its more realistic then the weird point for noses the others have

Thank you for translating this webtoon! You’re doing an awesome job so please keep at it ☺️

The translations are bad, really bad. I know its machine translation, but bother to do some corrections!?

Yeah stepp on that motherfucker feet🤣🤣

She such a good mom😭😭

hahahaha I knew he was the prince

thanks for the translation

of course he’s the prince 😂

Omg 😣😣i really how she loves her daughters even tho they aren’t her daughters (since she got reincarnated into this body) but it’s really moving how she is willing to do anything for them!!

All of them are beautiful!

Oh my, she’s such a sweetie! Thanks for the translation! This has quickly become one of my favourite webtoons ☺️

Where else you gonna read it?

Mangadex or sleepytranslations. Their translations are actually understandable. This is a mess. With these translations, I find myself rereading the same sentence over and over again, sittin’ like: 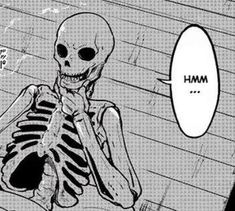 Was i the only one not expecting this??

Same here. I really shipped him with iris and i still hope he ends up with her
If not I’ll cry and be dissatisfied qwq

Thank you for the translation 😍.

Me too, I just hope the other 2 girls (+ the mom lol) also find someone nice ^^
I just hope for everyone happiness xD

😂😂😂 IDK why I laughed so much, but ‘Cinderella’ is downright annoying rn…. but she’s i get her thought process

Ashley is stupid or naive,but she is not a bad girl.
Iri’s wrath is justified, but surely Ashley will be forgiven later

I agree, and I hope they’ll get along again later

nice.
We saw signals ,but those keep increasing!
The elder step sister with the prince. NICE.

Much better work then the previous ones that’s for sure

And it’s beautiful at that 💖

At first, I thought Gary setup his sister to that pervert Count. Good thing he got angry after knowing that the pervert harassed his sister or Imma go shove him in a pokeball.

canon or not, I’ll ship them with a battleship

awww he thought of her first

see but then that’d be weird because if her daughter(lily i think) is 19 years old, mrs. barnes (FL) would have to be at least 40 years old in that body because she’d give birth when she was 20

I think her age is mentioned in the first chapters. She is like 30-something. Probably had Iris at 16-18

I just confirmed Mildred’s age. She is 37

ooooh ok cool thanks so much!!

At Your Service, Kitty

Lord of the Universe